For Mobile Transactions, IBM z13 Mainframe is the Cookie Monster of Data Crunching

There are always high expectations for high performance with any product with the letter “Z” attached to it (see Corvette Z06). Big Blue’s new mainframe computer called the z13 doesn’t disappoint this expectation. The z13 is the company’s first new mainframe in three years. IBM promises that the z13 will not only help customers detect more fraud in real time, but also crunch through billions of transactions from mobile devices (Sort of like the cookie monster at an all-you-can eat cookie buffet.)

A triumph of design and monster genetics: z13 Mainframe components

At a maximum 5GHz, the z13's processor is slower in terms of clock speed than the chip in the z12. However, according to IBM, that speed more than compensates with other improvements. These benefits include housing up to 141 processor units in a single system and the ability to run as many as 8,000 virtual servers. It’s able to handle all of this by way of a new processor design manufactured on a newer, 22-nanometer process. The z13 also has faster I/O and up to 10TB of memory -- three times as much as its predecessor.

The z13 crunches through 2.5 billion online and mobile transactions per day

"It screams on traditional workloads like OLTP (online transaction processing), but we've also designed the z13 for the explosive growth in mobile," said Ross Mauri, general manager of IBM's mainframe group. “If your company does transactions online, you’ll certainly appreciate how the z13 allows businesses to analyze every transaction in near real-time to detect instances of fraud in banking, health insurance, and other industries. Today's mainframes allow health providers to analyze only about half their transactions that fast. We're guaranteeing you'll be able to do real-time analytics on 100 percent of transactions.”

Consumers now expect faster, easier, and more secure mobile transactions despite the danger of cyberattacks. And with more and more purchases being made through smart devices, it’s even more important to have the back end of your computing environment be not only encrypted (z13 is able to encrypt 2.5 billion transactions a day), but also reliable with minimal downtime.

To learn how your company can take advantage of z13 mainframe’s and its cookie monster capabilities and benefits, contact your local IBM Business Partner. 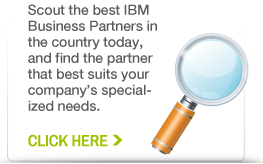